Fun for All Seasons

Guests of Teton Springs Lodge & Spa have so many options for outdoor recreation that it’s often difficult to manage clicking off everything on one’s “wish list” of things to do. After all, this spectacular Yellowstone-Teton region is special enough to attract visitors from around the globe. However, a day excursion that should make the itinerary is a drive from Teton Springs headed towards West Yellowstone, Montana, following one of the State of Idaho’s Most Scenic Byways. This trip takes you through some of Idaho’s most stunning landscapes, starting immediately as you head north through Teton Valley with the Grand Teton Mountains a most spell- bounding travel companion.

Island Park, a Must See

You may be headed towards West Yellowstone but that’s a destination for another day. After checking out the quaint town of Ashton, Idaho, you’re only 27 miles from one of eastern Idaho’s recreation superstars, Island Park. Known for decades among snowmobile enthusiasts from around the country for its 600 miles of groomed trails, Island Park can also claim some of the best summer activities in the west.

It’s home to Harriman State Park, a 16,000-acre former private cattle ranch, hunting preserve and coveted retreat frequented by the owner of the Union Pacific Railroad, his family and dignitaries from around the world. Harriman was officially declared a State Park in 1977. This Idaho landmark draws outdoor enthusiasts enamored by its network of hiking, biking and horseback trails that meander in part along the famous Henry’s Fork River that snakes through its incredible ecosystem.

This particular waterway is undoubtedly one of the most notable and sought-after rivers in the Rockies by fly fishermen, and on this particular stretch of the river, anglers enjoy easy wading access and the promise of luring a trophy brown trout to the surface. Moose, elk and Trumpeter Swans are common sights at Harriman State Park, a true gem surrounded by stellar scenery in virtually all directions. 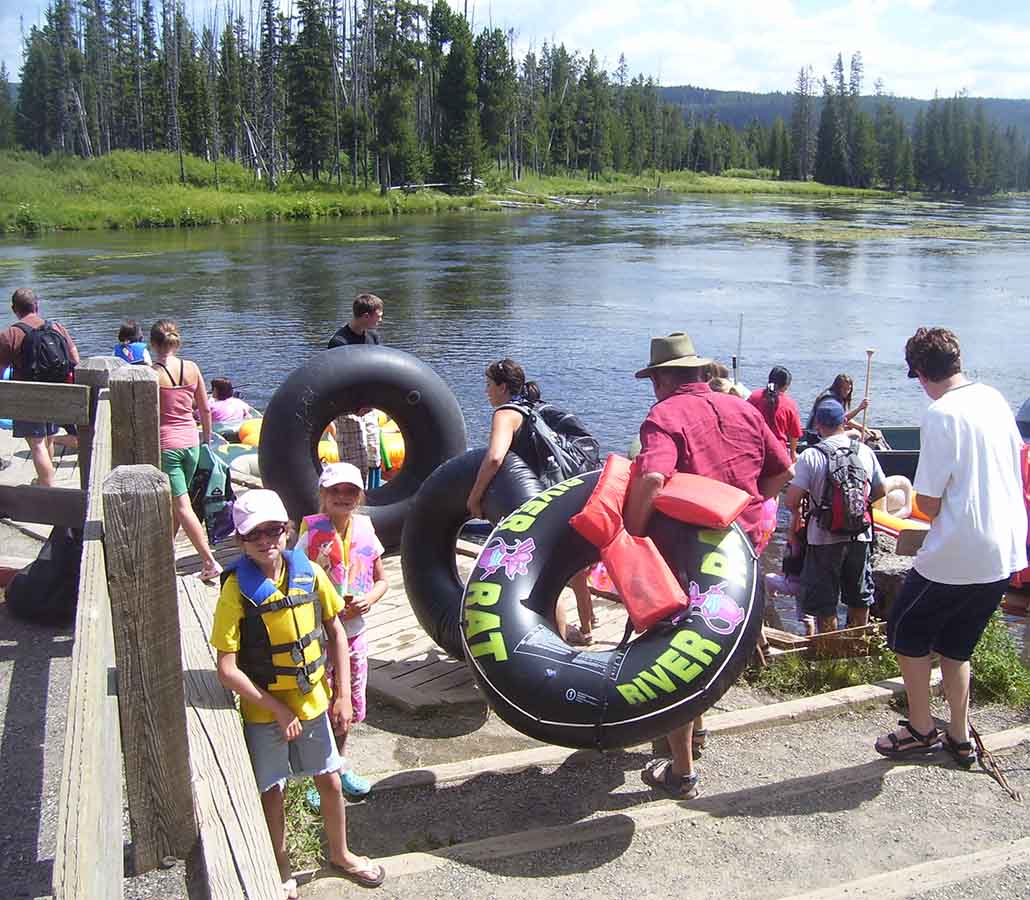 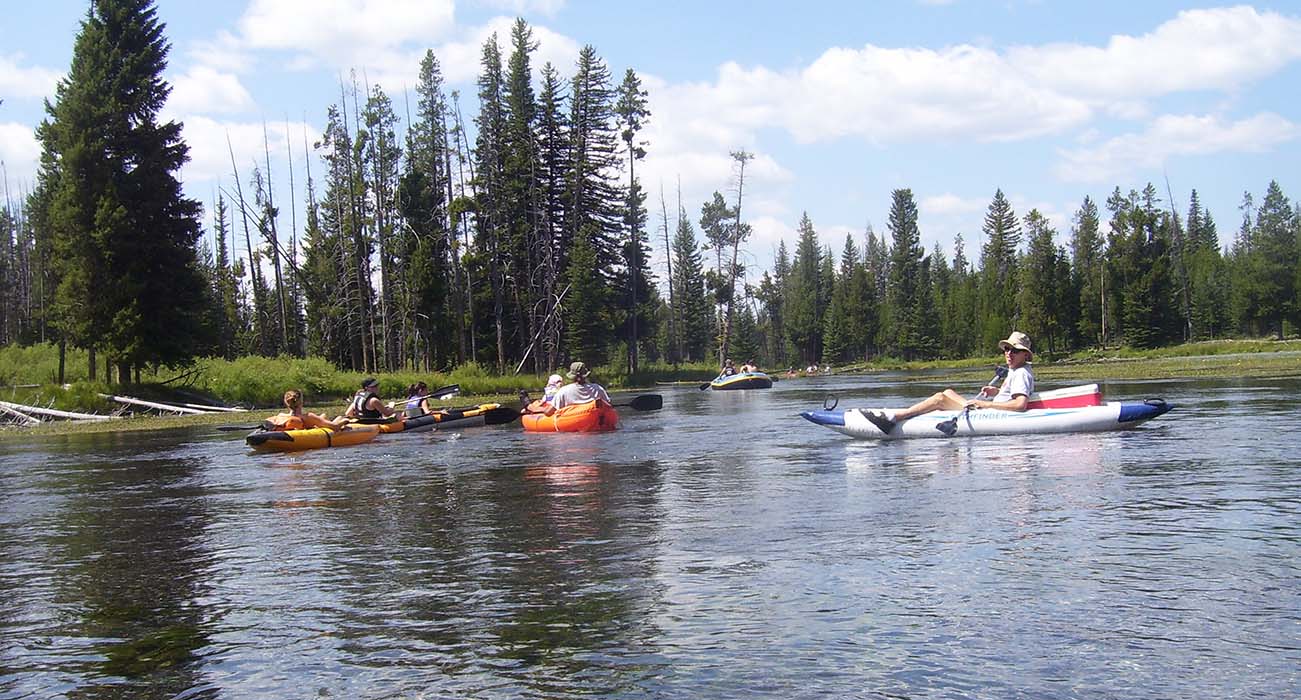 Nearby Henry’s Lake, a crystal-clear alpine lake known for being the headwaters of the famous Henrys Fork, also draws its fair share of angers given its healthy population of cutthroat and brook trout. Hiking trails also abound. But the Henry’s Fork isn’t simply about the fishing. It’s also a distinct attraction for families looking to enjoy a lazy float on a warm summer day. Virtually every type of floatable can be seen floating on certain sections of the Henry’s Fork in Island Park, in particular, the mellow and scenic Big Springs float. If it floats, you’ll see it; innertubes, kayaks, paddleboards, canoes, rafts, etc. Be sure to keep your eye out for wildlife on this stretch, they too appreciate and call home this undisturbed and pristine environment.

If there’s time before you depart Island Park and head back to your your cozy suite at Teton Springs, a stop at Mesa Falls is well worth the short detour. After all, it’s only a 1.5-hour trek back to Victor and you can’t afford to miss one of Idaho’s prime attractions. The Upper & Lower falls in the Caribou-Targhee National Forest are powerful curtains of water cascading over the Henry’s Fork. The drama of Mesa Falls, visible from prime viewing stations, literally takes your breath away. Stretch your legs. Take the short hike connecting these natural wonders and be sure to visit the Information Center. The history of this Idaho attraction is nothing short of memorizing.

Guests enjoy the lap of luxury in their Teton Springs Hotel suite or mountain log home may just feel like roughing it for a day or two and Island Park answers the call with its many campgrounds. They call this mountain river country and campsites scattered throughout the Caribou-Targhee National Forest are often perched on rivers edge sporting glorious mountain views. Regardless of your time in the Island Park area, you’ll have plenty of choices when it comes time to refuel before heading back to Victor. Sample the local cuisine at Connie’s, The Lodgepole Grill, Cafe Sabor, Ponds Lodge, Lakeside Lodge, and many more.

Island Park, always a spectacular show in any season!

Come stay with us and be prepared to be spoiled. Teton Springs is a popular destination for families and adventure seekers alike. A sampling of activities includes hiking, guided fly-fishing, mountain biking, horseback riding, kayaking & paddle-boarding, access to Yellowstone and Grand Teton National Parks, and some of the best views in North America.

Call Today to Make a Reservation